Shower heads are the basic essential part of any modern bathroom. The innovation and development over the years have brought a myriad of shower head options ranging in design, functions, and materials. When it comes to materials, metal and plastic are still the most preferred ones.

But that’s just the basic differentiation between the two. Here’s our detailed take on metal vs plastic shower heads so that you can decide which one best suits your needs. 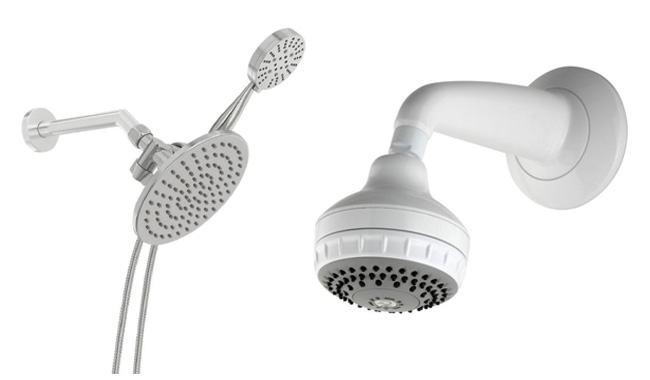 In case you have less time, here is a nifty table showing the major differences between the two shower heads. Though it has everything is short, we suggest reading the latter explanation for better understanding.

While the table above gives a slight idea about what works and what doesn’t, it doesn’t show the entire picture. Some aspects may seem like an issue but might actually work in your favor. So, let’s look at the differences in detail.

It’s no surprise that metal shower heads will trump the plastic-made ones in the durability section. A good metal shower head can last for a long time, whereas even the best plastic shower head doesn’t last more than a year or two, depending on several factors.

Metal shower heads also take the win in the looks department. The shiny or matte finish brings premium looks to the shower head unlike any other.

While most plastic shower heads come chrome plated to replicate the metallic looks, it doesn’t hold over time, and the plating eventually starts to chip away. 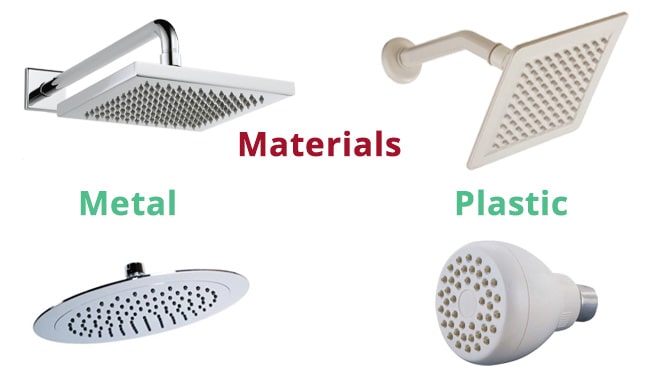 Metal shower heads are undoubtedly a more durable and pricier option compared to plastic shower heads. While it has its cons, the pros outweigh them.

Metal Vs Plastic Shower Head: Which One Should I Choose?

Now, the all-important question, which one should you choose? There is no direct answer for this. Rather. the choice should be based on setup and budget.

It offers less functionality and costs more. But metal shower heads hold the looks for a long time compared to plastic shower heads.

That’s all when it comes to the basic and important differences between a metal and plastic shower head. But there is more than meets the eyes. So here are some commonly asked questions.

What is the best material for a shower head?

The best material for a shower head is metal or brass. They are durable, corrosion resistant, and serve a long time compared to any other material.

What is the healthiest shower head?

Yes, they do. Plastic shower heads come with all types of functions which can regulate the water flow. Most metal shower heads simply offer a steady stream except for the super expensive high-end ones.

Which shower head has the strongest pressure?

The plastic shower head will provide the strongest pressure based on the GPM. It depends on the connection, flow as well as user settings.

To wrap things up, both metal and plastic shower heads offer functionality to their respective user class. It’s really difficult to put one over the other as one brings durability while the other brings practical usability to the table.

So which one are you planning on for your bathroom? 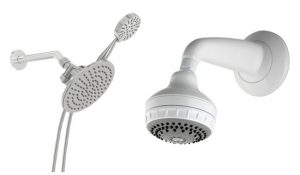 Metal vs Plastic Shower Head | Which Material is the Best?

Shower heads are the basic essential part of any modern bathroom. The innovation and development over the years have brought a myriad of shower head 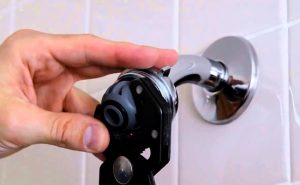 Bathing under a shower head with lower water pressure is time-consuming. In fact, you will bite your lip why you did not just take a 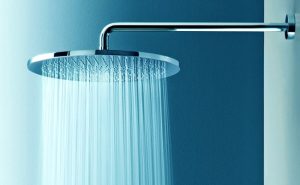 Shower can turn your mood from a slow drip full of fatigue and pity into a cocoon of satisfaction, luxury and even comfort.  It’s quite 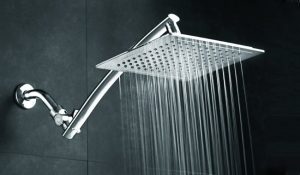 Does the Size of Shower Head Affect Pressure?

Buy a smaller shower head, and you get a higher water pressure. It is that simple, right? No, you’re wrong.  If you buy a shower 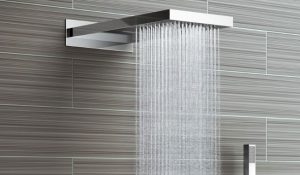 The bathroom is the only place we want to keep it attractive and full of luxury items. For making your shower convenient full you will 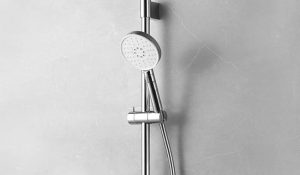 Let’s face it! If you are looking for a more efficient option than a fixed shower head, consider getting a handheld one. You can directly

morningtobed.com is a participant in the Amazon Services LLC Associates Program, an affiliate advertising program designed to provide a means for sites to earn advertising fees by advertising and linking to products on amazon.com.